I had the pleasure of exploring Saint-Émilion and the adjacent vineyards last month. Saint-Émilion is a mediaeval city in France, close to Bordeaux. This village has a tremendous amount of history. Meanwhile, visitors and academics alike are baffled by major portions of the city’s past. Since 1999, Saint-Émilion has been a UNESCO World Heritage Site! Even for the area in which it is located, the architecture of Saint-Émilion is unusual. It is unlike any other place you have ever visited!

First, I’ll list the eight reasons why you should take a guided tour of Saint-Émilion. Second, I’ll discuss my tour of the village and the chateau tour. So, let’s get started.

Departing from Bordeaux, it is only a 45 minute ride to Saint-Émilion. An educational ride at that. After exiting the interstate, we drove through scenic single lane roads and small villages, typical of the French region of Nouvelle-Aquitaine. Living in the Medoc last year as an au pair, I got to ride through vineyards like this every day. The view from the bus offered a fresh reminder of the way the rows of vines show off their perfect symmetry, especially after harvest.

Arriving in Saint-Émilion necessitates parking outside the historic fortified walls. This is the first indication of the centuries of conflict that these fortifications have endured. Outside, there’s a relic of a Dominican monastery from the 12th century! The monks who lived here moved inside the village walls during the start of the Hundred Years War. After that, the monastery was purposefully demolished, leaving only one beautifully standing wall among the vines encircling Saint-Émilion. 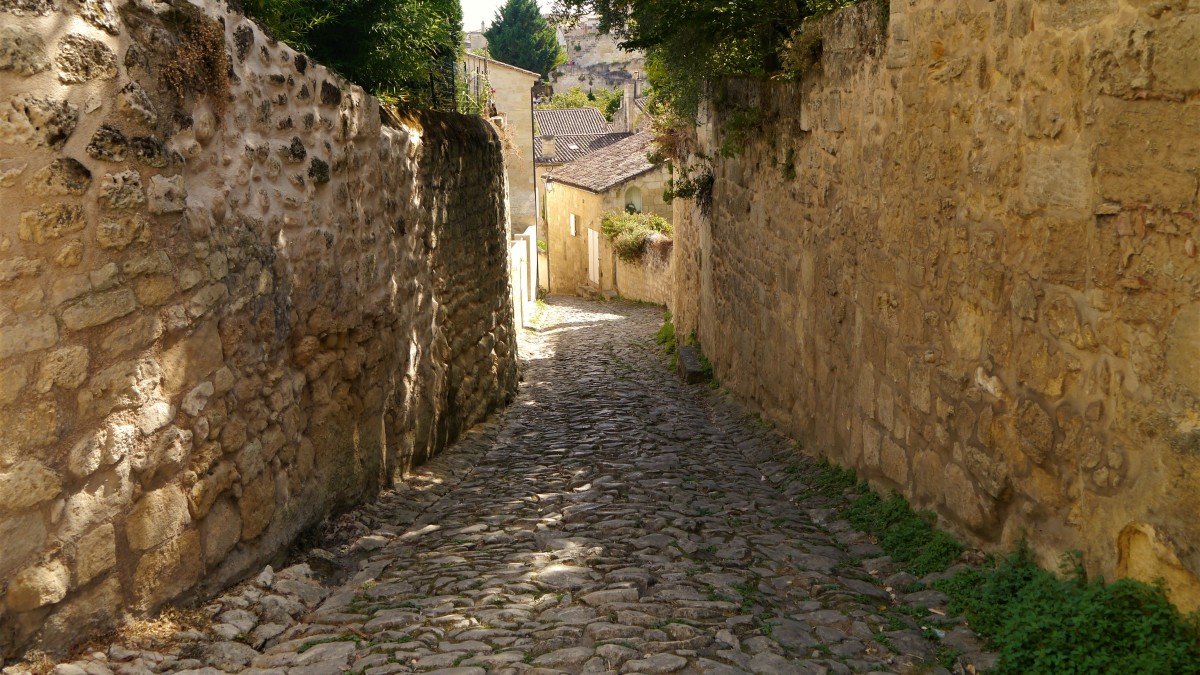 The journey takes you up to the summit of the monolithic church Saint-Émilion, which is surrounded by stunning steep pathways lined with cobblestones. Obviously, the view from the top of Saint-Émilion was painted before it was erected! The village is surrounded by rolling hills covered in vines, fiery orange rooftops, steep twisting alleys, a big square pouring attractive cafes, spires of ancient defenses, and rolling hills covered in vineyards.

After twisting through tiny streets, it is time to head underground. The Église monolithe de Saint-Émilion is the largest underground church in Europe! The underground sites of Saint-Émilion can only be seen on a tour, as I have mentioned. Once we were inside the first set of doors, many tourists who were not on our tour tried to open the doors that our tour guide locked behind us. So, this is just one of the many allures of taking a tour of the village.

You will have no idea of the size when standing outside, it just seems like one of the many hill sides of the village. However, carved straight out of limestone in the hillside, stands an awe inspiring feat of construction. Hence, is hardly believable that anyone in in the 11th century could create such a huge underground area. 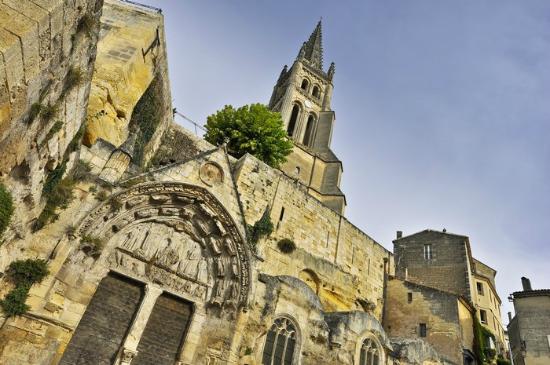 Inside the Église monolithe de Saint-Émilion, there are no pictures allowed to be taken. Consequently, you must take a tour to experience the mysteries and history that lie beneath Saint-Émilion.

With free time on the tour, I recommend snacking on some local cuisine. Before taking a tour of a close by chateau and vineyard, check out some wine shops! They also have international shipping if you are low on space.

Saint-Émilion was a fortified town with many entrance gates. The Porte of La Cadène is without a doubt the most stunning. The 68-meter-high bell tower atop the Monolithic Church is perfectly framed by the arched doorway. The gate is located at the top of a tertre, a narrow cobblestone street that connects the upper and lower towns. 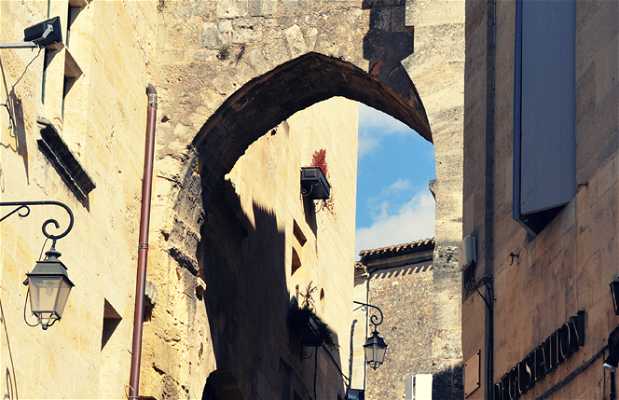 And immediately inside the gate stands the Maison Cadène. It’s a 16th-century home that’s the sole timbered structure left in Saint-Émilion. Look for the sculptures that embellish the house’s foundation. Although time and the elements have taken their toll, check if you can locate the grape bunch.

The Collegiate Church is a remarkable structure erected between the 12th and 15th centuries that you can explore on your own without having to take a tour. Again, the long period of development is reflected in the fascinating mix of Romanesque and Gothic styles.

The Best Part… The Wine Tasting

So basically, you really ought to tour Saint-Émilion! The village is one of the most beautiful places in driving distance of Bordeaux. Plus, there are great views, delicious wines, a unique cuisine, and an interesting history.

I was a guest on this tour by the Bordeaux Tourism and Conventions office. All opinions are completely my own. I am not writing on behalf of anyone but me! Thank you, Bordeaux, for hosting me!

I’m in my late twenties who loves the freedom of traveling, the feeling of being anonymous in cities, vegan food, nature and the ocean. I feel the happiest when I’m on the move and in the moment.