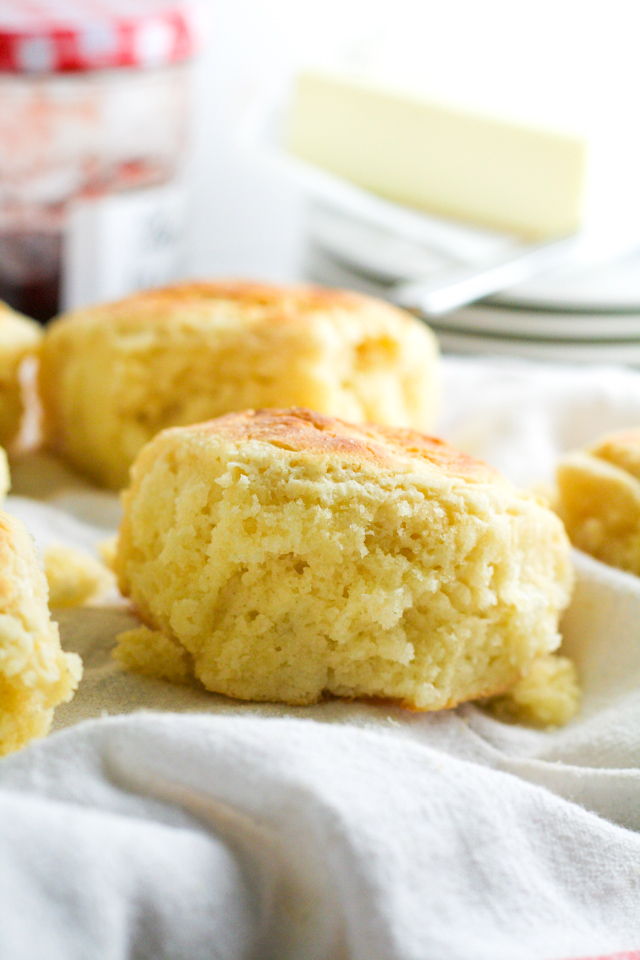 Recipes have failed in my realm lately, guys. Almond butter chocolate chunk cookies that came out too oaty and chewy, despite using an entire jar of (expensive!) almond butter in them. Dark chocolate amaretto cookies that looked so good in the recipe I was using, but came out weirdly acidic and bitter (the magic must have been lost in translation, literally – I was using Google to translate the recipe from Lithuanian). I only have so much time and money to bake with, and it’s just sad when things don’t taste great. My search for Amaretto recipes lives on though, since I’ve got to do something with the bottle of it I bought for my lemon cakes recipe months ago. I will keep you updated with any future successes.

So today I’m turning to this buttermilk biscuit recipe, which I’ve made twice and both times to great, great success. The biscuits are called “Touch of Grace biscuits,” which is the perfect name to describe how airy and light these biscuits are. Don’t get me wrong, they are immensely buttery and creamy, but they crumble perfectly and don’t feel dense at all. Southern self-rising flour is a key ingredient, which I previously hadn’t heard of, but was easy to locate in Whole Foods.

The biscuits are from Shirley Corriher’s Cookwise. I heard about them from Molly Wizenberg, as I do many of my favorite recipes. I was listening to Molly and Matthew Amster-Burton’s terrific podcast Spilled Milk and when Molly described these biscuits, I had to go out, get myself some Southern self-rising flour, and make them that same weekend. We ate them hot right out of the pan, and they still were good hours later at room temperature. They were good enough that I even took a tupperware full of them to my boyfriend’s parents and they loved them, which is always a good way to win brownie-points (biscuit-points?). 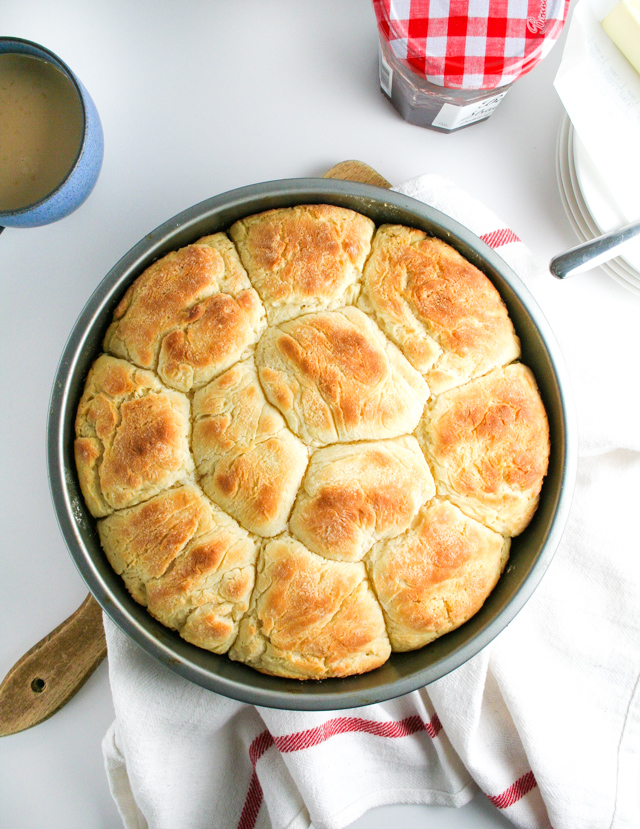 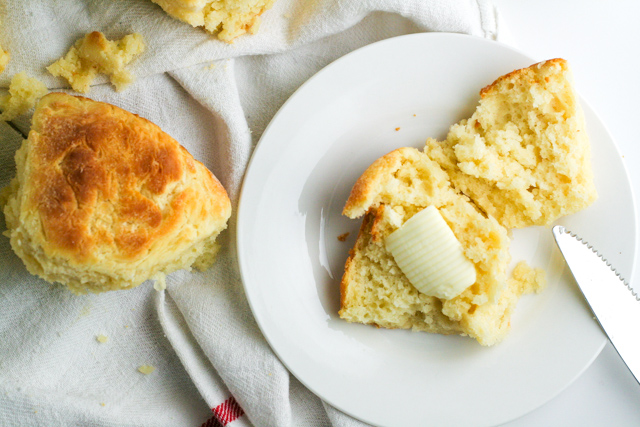