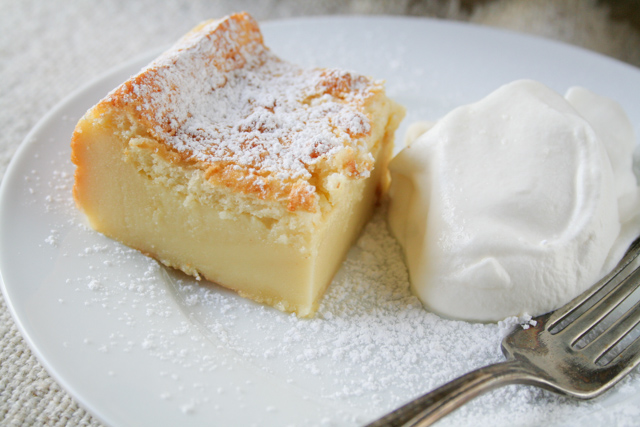 If you make the rounds on Pinterest, chances are you may have seen this cake before. It’s been around for years now, and it has been on my to-do list ever since I saw Todd and Diane rave about it on White on Rice Couple. I finally got around to making it, and I’m so glad I did! 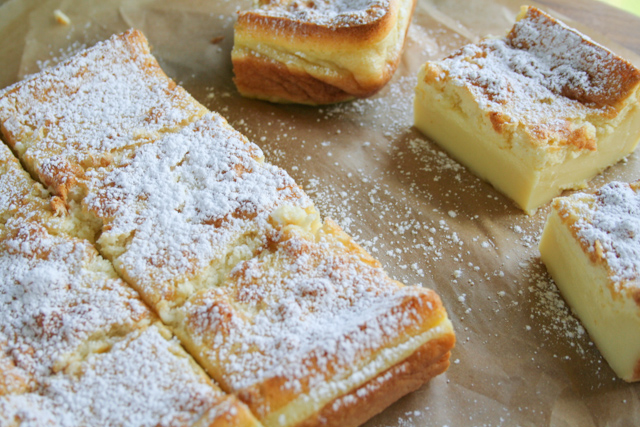 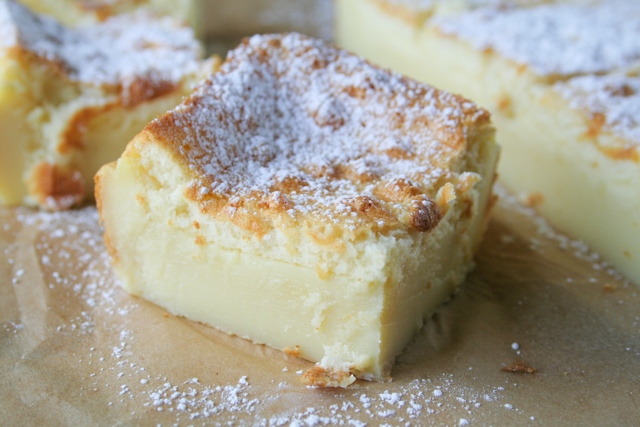 This cake really reminds me of one thing that sounds totally different, but is similarly fluffy and custardy all at once: a dutch baby pancake. This magic custard cake shares a similar flavor to a dutch baby/german pancake to me – with a pillowy and light cake top and a thick and creamy custard center (but of course, this cake is much thicker and more dense than a pancake). The cake is very easy to make, and the batter is liquidy and easy to mix. Don’t worry if the batter feels way too liquidy to you – it’s supposed to be that way. 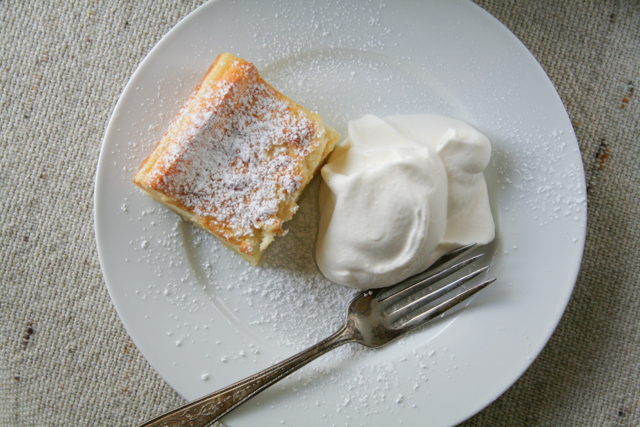 I will say that this cake is best on the day it’s made, but I did eat some slices out of the refrigerator for a couple days after I made it.

I think it’s best served with a huge dollop of freshly whipped cream, and fresh fruit would have to be wonderful as well. I can only imagine that some lemon zest on top of the cake would be amazing as well, as it’s one of the most common additions to a dutch baby. Todd and Diane also have a chocolate version of the cake over at their site, which I now have to try next. 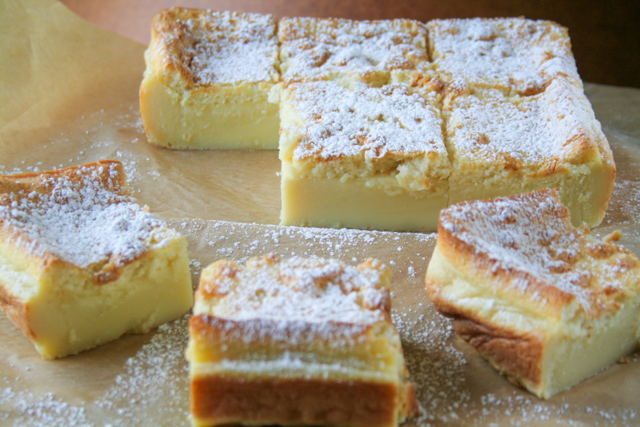 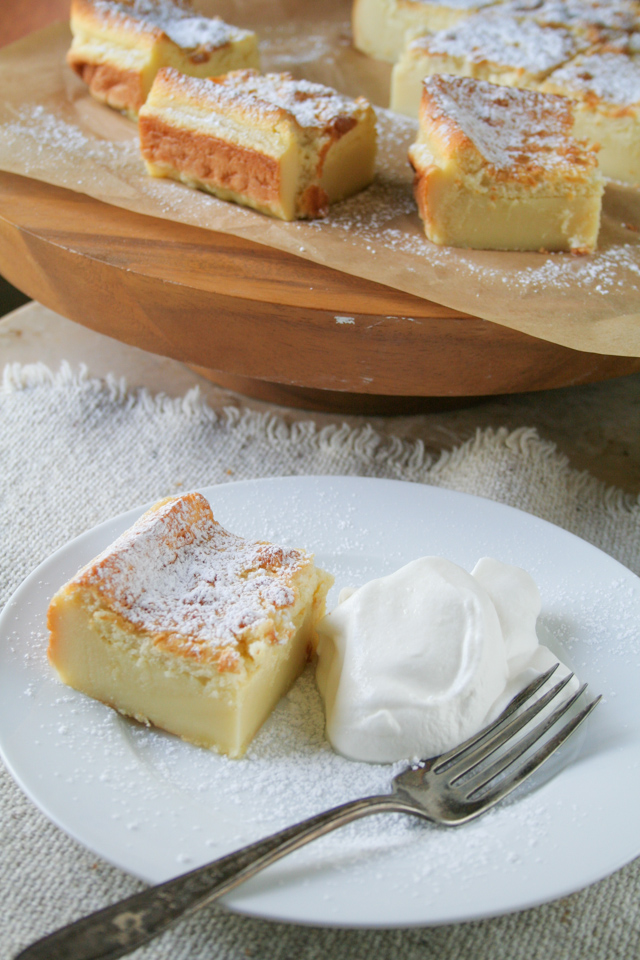 Preheat your oven to 325°F and lightly butter or grease an 8″x8″ baking dish. Melt butter (I just used the microwave) and leave it to cool slightly. Warm up the milk to lukewarm (I also used the microwave for about one minute) and set aside.

In a large clean bwol, whip egg whites and vinegar to stiff peaks and set aside. In a separate large mixing bowl, beat egg yolks and sugar together until light. Add the melted butter and tablespoon of water to the mixture and mix until everything is fully incorporated. Next, add the flour and mix until evenly incorporated. Then mix in the milk and vanilla extract, being careful because this will be a very liquidy and wet batter – it is probably better to do it by hand than with a mixer!

Fold egg whites into the liquidy batter mixture. The whites will be a bit lumpy when you try to mix them, but do your best to incorporate them and eliminate any big chunks.

Pour the mix into the buttered pan, and bake for 45-60 minutes, or until the top is a deep golden brown. If the top becomes completely brown before the end of baking, cover with tin foil so that the top does not burn (I didn’t need to do this in my oven, though). If you’re not sure if the cake is done, gently shake the pan and look to see if the center jiggles. When the cake is done, the center should still have a light jiggle to it.

Allow cake to cool completely, and then cut into 9 pieces and dust liberally with confectioner’s sugar. Serve with freshly whipped cream or fruit if desired.