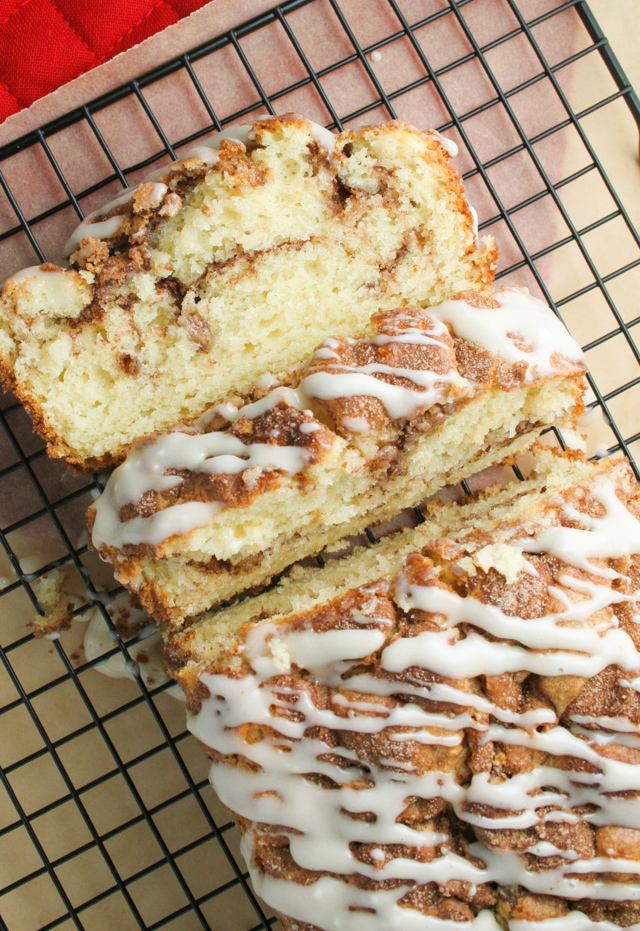 I remember my first recipe very well. I really don’t know how old I was when I made it, maybe… somewhere between 7 and 10 years old? But I remember the day I made it quite vividly. It was for “dough roll cinnamons,” which I creatively spelled “doo roll cinamins,” which consisted of plush Wonder Bread-style white bread, ripped into pieces, rolled into balls, coated in butter, and dipped in cinnamon sugar. Then they were baked in the little toaster oven until heated through and the outside got a nice crunch. I was beaming and proud of my recipe on the day I made it, and though I hope I’ve moved on to a bit more advanced recipes by now, I don’t think I’d balk at eating a few dough roll cinnamons even today.

Here’s my recipe in all its glory, which, bless her, my mom saved: 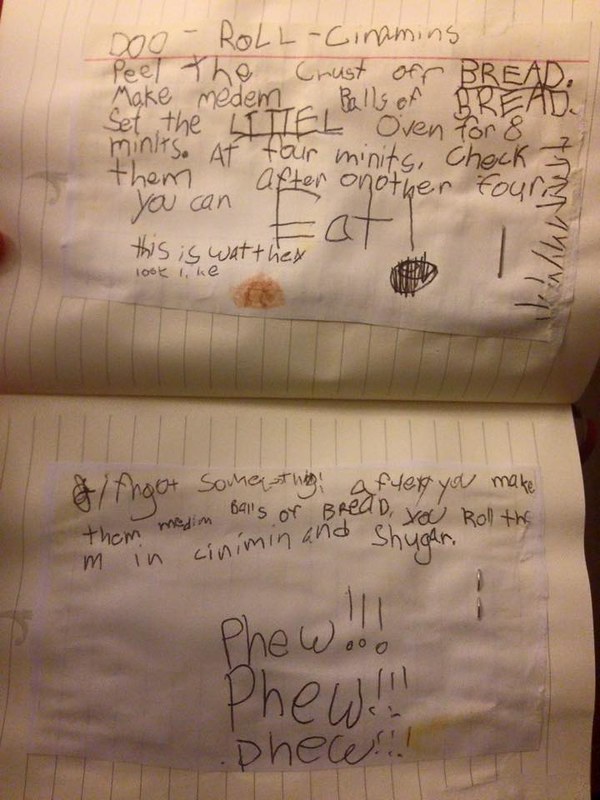 In any case, today’s recipe is in a similar vein flavor-profile wise, but I must admit it is much better than a little dough-roll cinnamon. It’s a cinnamon roll cake, which I had to try after seeing the recipe and its gorgeous photos, because it just looked irresistible. It turned out exactly how I’d expected: super soft cake with its insides swirled with cinnamon sugar, and a crackly top that gets a good drizzle of sweet cream cheese icing. It’s certainly decadent, but that’s what this time of year is for, no? 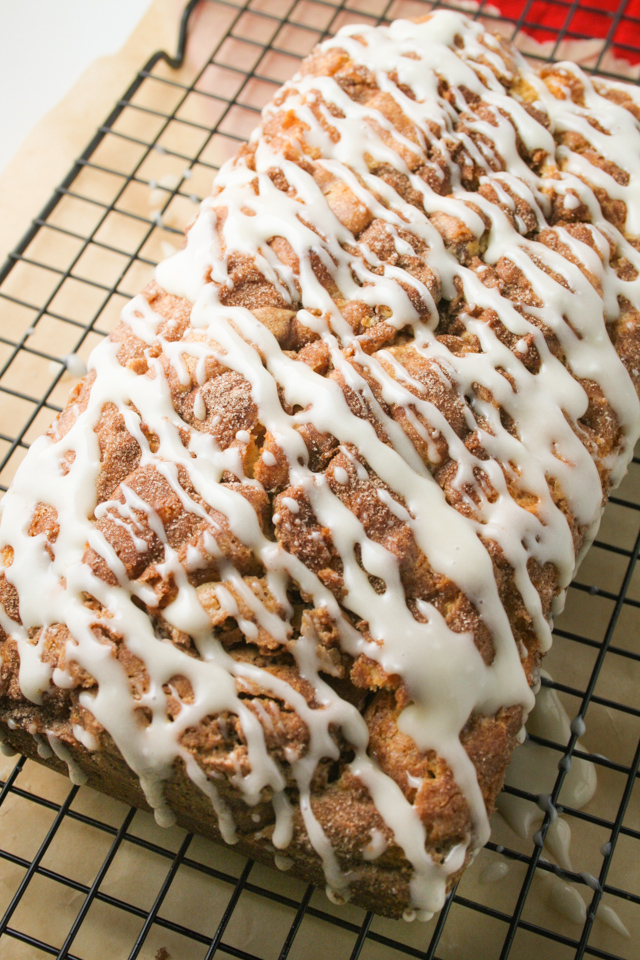 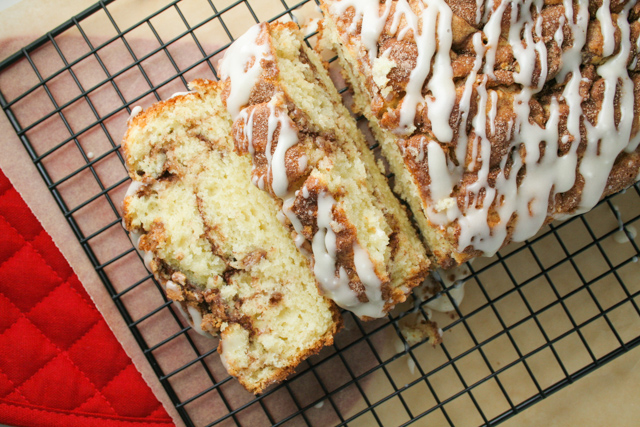 In a medium mixing bowl, mix together the flour, baking powder, baking soda, and salt. Set this bowl aside.

In another large mixing bowl, beat together butter and sugar at medium speed until they are light and fluffy and creamed together (at least 3 minutes). Then add the eggs one at a time, scraping down the sides of the bowl periodically. Add in the vanilla extract and sour cream, and mix together at low speed. Then add the flour mixture and mix until everything just combined – don’t overmix, or else the cake will be tough.

In a separate bowl, make the cinnamon sugar filling: mix together the sugar, cinnamon, and pecans (if using) to combine.

Bake for about 40-50 minutes or until a toothpick inserted to the center of the cake comes out clean (start checking at 40 minutes and determine how long you may need for your oven). Allow the cake to cool completely, turning it onto a wire rack when it is cool enough to touch.

To make the icing, whisk together the powdered sugar, 1 tablespoon milk (or heavy cream), vanilla, and cream cheese (if using) until everything is combined. If it’s too thick, add a little more milk or cream; if it’s too thin, add a bit more sugar. It should be thick and not too runny, but pourable. Drizzle the icing over the cake.

The cake can be stored well at room temperature for at least 3 days (in an airtight container), or can be stored in the fridge a few days longer.