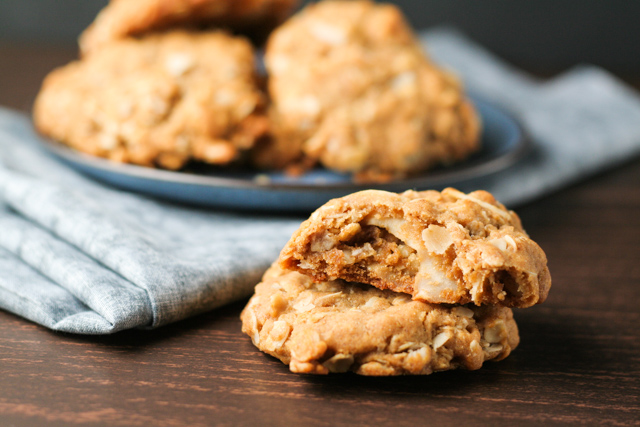 It’s been a good couple of days off of work. The Big Scary Blizzard came and went from DC, leaving behind it mini-mountains of snow and a 4-foot long, 1-foot thick huge icicle outside my apartment. I’ve been vacillating between being parked at my kitchen breakfast bar, where I like to sit around on my laptop, to the kitchen itself to cook simple meals, and to the bed where I relax and watch through the fourth season of Angel on Netflix.

There’s a very different feel to snow days than there are to any other time off from work. To me it feels like a gift, an unexpected swath of time, and because of that I oddly feel pressured to make the most of it. I can’t go outside, so I might as well do something with my time inside, right? So I tweaked some things here and there around this blog, as well as finding a ton of new recipes I want to try out once I’m able to get to a grocery store again. That feels slightly productive, even if it’s not much, and it makes me feel less guilty about the aforementioned lounging.

In any case, today I come with a recipe for wonderful little cookies (or biscuits) known as Anzac cookies. The lore of the Anzac cookie (Anzac being an acronym for Australian & New Zealand Army Corps) is that they were sent to soldiers in World War I, because they don’t contain eggs or milk, and therefore won’t spoil in the post. They’re rich, and slightly deep and molasses-y from the brown sugar, with a golden color and flavor. They are usually made with golden syrup (such as Lyle’s), but I couldn’t find it anywhere and so substituted it with honey. It’s still fantastic. 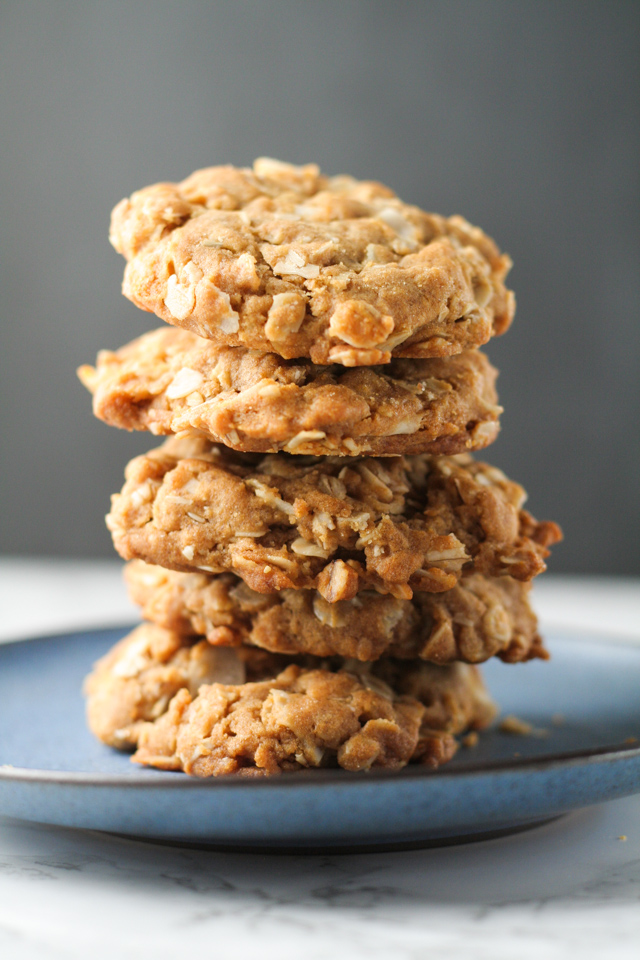 The presence of oats may make it seem somehow more wholesome or breakfasty, but these cookies are definitely an indulgence. They have a great saltiness to sweetness ratio, have a good heft and chew to them, and are studded throughout with oats and coconut. It’s amazing that the flavor of the honey comes through so well even with only two tablespoons of it present. And they are easy to make, too – pretty much just combine everything in a bowl and bake them off.

Make a batch, send them to someone in the mail, or just keep them all to yourself. Around here they disappeared pretty darn fast. 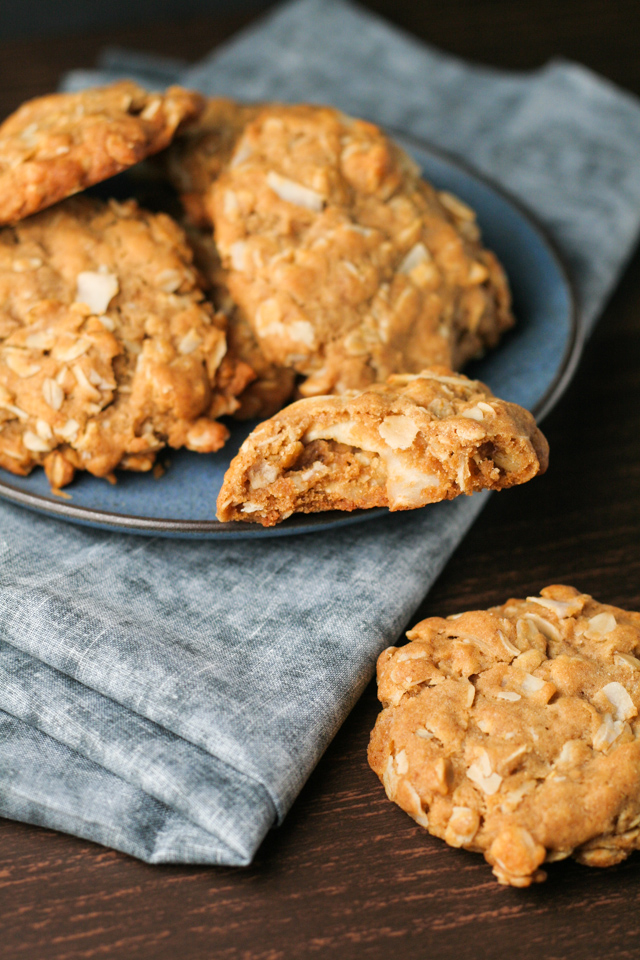 Anzac Cookies (Biscuits)
from Emmymade in Japan, who adapted from 101 Cookbooks

Preheat your oven to 325°F/170°C. Melt the butter and honey/golden syrup in a small saucepan over medium heat (or do what I did and just melt them together in the microwave, stirring every 30 seconds until butter is totally melted). Combine all the dry ingredients except the baking soda (flour, oats, brown sugar, coconut, and salt) in a large mixing bowl. In a separate small bowl, dissolve the baking soda into the boiling water, and add it to the butter mixture. Then add the butter/honey/baking soda mixture to the dry ingredients and mix well. The dough will be slightly crumbly but still wet. Shape the dough into 1-inch balls, and slightly flatten them into patties on the baking sheet. Bake for 12 minutes or until golden brown on the edges and tops. Cookies will seem soft when hot, but they firm up a lot as they cool down. Store in airtight container for several days afterward.