With a weekend filled with walking miles on end, through gusty winds and cold temps, I’m glad I get to end it with an extra hour of sleep. It actually started last night, when we went trick-or-treating in our town against the recommendation of staying home because of the flu risk from the news-and my mom. We took precautions and pretty much everyone giving out candy just put it in Emily’s bag and I rang the doorbells, followed by hand sanitizer. We had to battle a horrible wind that about knocked us off or feet and Emily’s tiara took flight off her head several times.
Unfortunately, Emily doesn’t share the traditional need to stay out the whole three hours and hit as many houses as possible like the rest of us do. She must take after her dad, who we do not let go with anymore after he’s proved more than once that he is done after the first block. 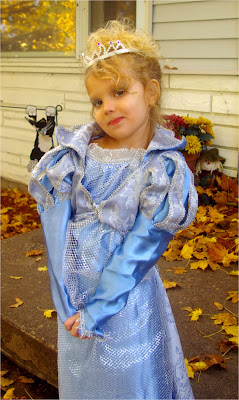 Little Zach went with, but apparently the people handing out candy didn’t feel that he should have any. Can you believe it? Maybe they haven’t seen him put away a chocolate frosted double decker cupcake? This boy can eat and he likes his candy. Oh well. I guess they saved my daughter a huge dental bill-maybe she should send them a thank-you card. Some people.

Tonight we are going to our neighboring town and Zach and Jessica are going with a fellow mom friend and her little one. Maybe these people will see the importance of equal rights to all trick-or-treaters. That, or Zach can just kick them in the shin.

Ok, now. Maybe you’ve been wondering where the heck my book is, but are too polite to ask. You guys are just so nice like that. That’s what I love about you. Well, it’s been pushed back. I know, I’m mad too. October is like prime book-touring-will-sell-the-best month, but, it’s all going to be ok. Just go grab your PW cookbook and maybe Dooce’s new book and get that reading out of the way and hopefully, mine will be here by Christmas. I’m not promising, because I might jinx it and we wouldn’t want that. I mean, what else would go with the Snuggies I’m giving everyone for Christmas??

I am a Twilight fan and I am anxiously awaiting for New Moon to come out. That was my favorite book of the series and I am definitely now a Team Jacob. lol. I don’t know if you remember my episode with my Twilight shirt and how the cashier kind of laughed at me being a mom wearing a Twilight shirt? I’ve gotten over that and I just had to get a New Moon shirt because you know, Jacob is so, so, so hot. Yes, I went there.

Ironically, my husband bought the Twilight shirt and asked when we were getting the Jacob shirt. I’m like, TODAY. NOW. LET’S GO. This man obviously doesn’t feel threatened by these gorgeous, beautiful and perfect men. That, or he knows there’s no chance that I’m running away with any of them any time soon.

When I finally get down to two shirt choices, he finally tells me to just get both. I can’t argue about that, but I was still wondering about the size. I was pretty comfortable about going with a medium since they ran a bit small, but he kept saying that maybe I should get a large. Now, all I can think is, a husband should never tell his wife that she should get a size larger. He really started making me self-conscious and a bit mad.

Finally, I’m like, ARE YOU CALLING ME FAT? He quietly says, I’m worried about it fitting over your chest. I’m like, Oh. Ok.

I guess he won’t be sleeping in the garage tonight.

We took photos of Zach today and didn’t have much luck at first. 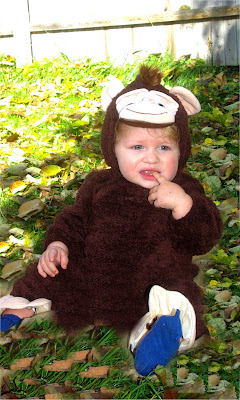 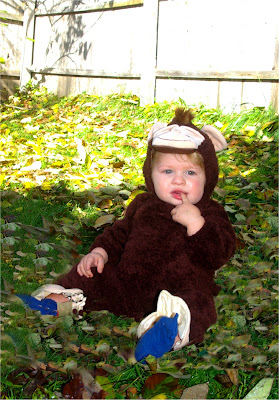 Then he wouldn’t look at me.

And then after many, many tries, he finally smiled. 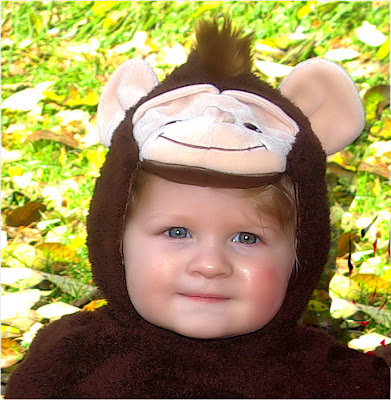 Maybe I should’ve offered him a banana.

Ok, do you remember the idea I had for a blog that involved food even though I can’t bake?

I’m now ready to reveal my secret. I have started a blog called,

So far, it’s been a hit with food bloggers and people bakers that sell food products. I going to do food product reviews (mainly from Foodzie.com and Etsy) and reviews of food blogs that I love, and recommend food related products. I’m going to list recipes that I recommend and maybe, someday, I’ll try to cook something myself-someday.

I hope to do giveaways and other fun stuff too. I’ve been having a blast going through all the food blogs and I hope that you will enjoy it to and try to visit it too. You never know what might be on it.

So, please go over and visit and leave a comment if you want and let me know what you think!

Last year, when we decided that Emily was too big for her toddler bed, we purchased a regular bed for her. I wanted to do it right this time and just get her a full size instead of buying a twin and then her wanting a bigger bed when she was older. Sorry Jordon, I can hear you grumbling as you toss and turn in your twin size bed. That, and since I spend alot of time having to lay next to her because she is too afraid to fall asleep by herself most of the time, I don’t fall flat on my face trying to squeeze in a tiny bed.

The one thing I was afraid of though, was her falling out of it and hurting herself. I decided that we could just leave it on the floor until she was a bit bigger and if she did fall, it wouldn’t be so far from the ground. She liked it and I could sleep at night, so it has all worked out for us. Now that she is going to turn five next month, I decided that it was time to get the bed frame-that and my mom’s constant “pushing” me to get one every time she comes over.

So, I ordered one for her bed and it finally came in (a word to the wise; if you choose Walmart’s site-to-store option, please don’t tell your four year old until it comes in, because it takes weeks to get there and you’ll be pulling out your hair in the mean time from hearing, Is it here yet? ).

Anyway, with my husband’s second job keeping him busy, I didn’t have him to help. I had to go pick it up, leave it in the car over night because he was too tired to take it out, take it out by myself the next day because I didn’t want to wait another week, put it together after a half an hour of swearing and two broken nails, and then drag the heavy box spring and mattress onto it. I’ll tell ya one thing, I certainly did NOT marry my husband to do man stuff.